A person became trapped in their vehicle earlier today in The Basin, as it rolled over a steep embankment at an acute angle, prompting a multi-agency rescue effort earlier today.

Four volunteers from the Victoria State Emergency Service (VICSES) Knox Unit, all accredited for road crash rescue, joined partner agencies on scene as the vehicle leaned dangerously, with the driver still inside.

The driver was acting as a counterweight as the vehicle, precariously balanced at a 45-degree angle, meaning they could not leave without risking further injury.

The VICSES crew worked with Country Fire Authority (CFA); Fire Rescue Victoria (FRV); Ambulance Victoria and Victoria Police to set up stabilisation ropes, which they attached to a nearby tree.

VICSES volunteers and firefighters then attached a Tirfor winch to the front, and a StabFast Stabilisation System comprised of three devices attached to the tilted side of the vehicle, to stop it rolling.

Several crews then assisted the driver out of the vehicle as they held the door ajar, and helped the driver down.

As it was still listing over the embankment, a decision was made by the emergency crews to recover the vehicle rather than wait for a tow-truck.

Forest Road was closed as the VICSES rescue truck was positioned with a winch attached to the rear, so the vehicle could be brought down on to the road.

Though it was a warm day and our VICSES Knox Unit volunteers were a little hot, no one suffered injury thanks to them and to our partner agencies. Stay safe this summer and if you need assistance from our volunteers call 132 500 or, for life-threatening emergencies, dial Triple Zero. 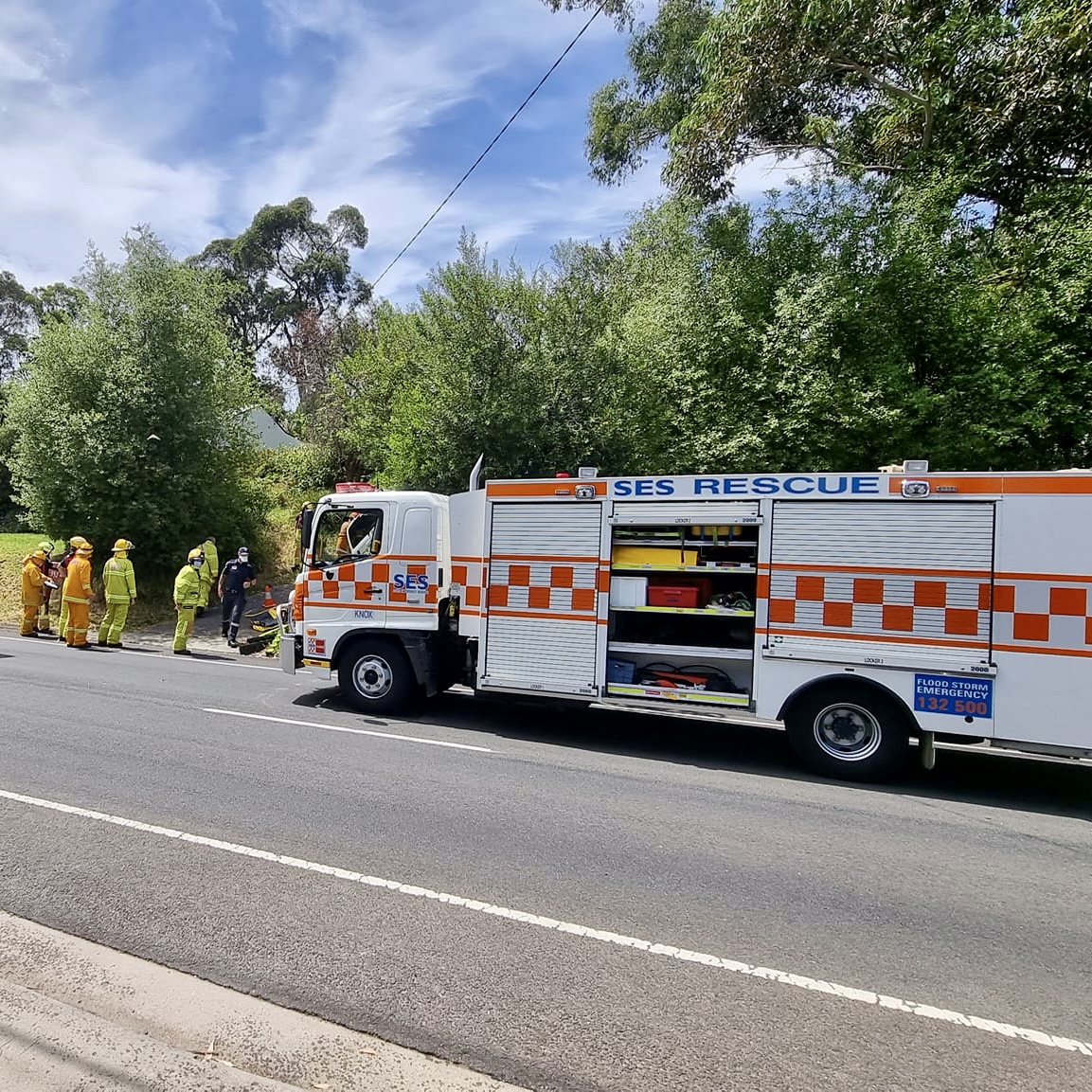