The unit, which celebrates its 10th anniversary next year, was recognised for the significant contribution it has made to the community in attending over 8000 requests for assistance since it was established.

43 volunteers make up the membership of the Narre Warren who come from all walks of life and respond to requests from the local community 24 hours a day, 7 days a week. The unit also runs yearly awareness campaigns and produces resources to facilitate a variety of community education activities across the City of Casey.

"Ordinarily these awards are given to individual members of the community so it is great to see the entire unit recognised and rewarded for teamwork " he said. 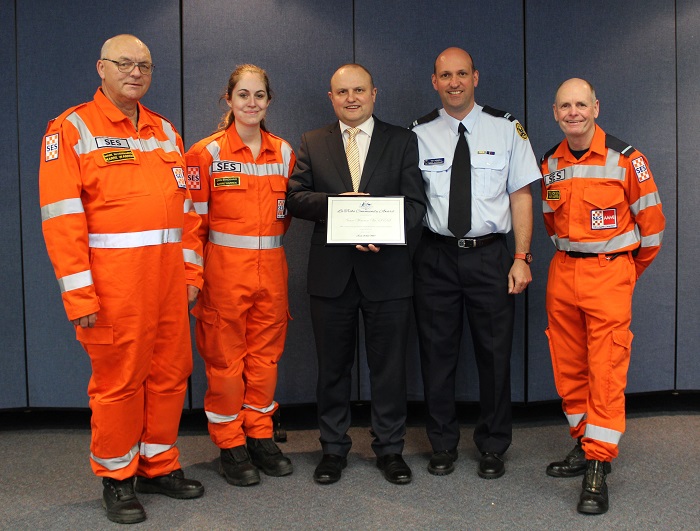