Volunteers from the Victoria State Emergency Service (VICSES) must have thought they were going barking mad when they responded to a dog stuck on a roof!
Five members from the VICSES Wodonga Unit were able to rescue the female Border Collie cross, named Chucky, from the single storey home yesterday morning.

After a short ride in the rescue truck, and a check-up by the vet, it was discovered Chucky put her paws to the pavement and travelled 7 kilometres from her home.

She has since been reunited with her family and is in good health, but how Chucky managed to actually get onto the roof remains a mystery!
We think this is a furry good outcome.

VICSES is made up of around 5,000 highly skilled and dedicated volunteers. Members at the Wodonga Unit respond to a large variety of incidents such as flood, storm, landslide and earthquake emergencies.

Last year the Wodonga Unit responded to more than 100 calls for assistance. 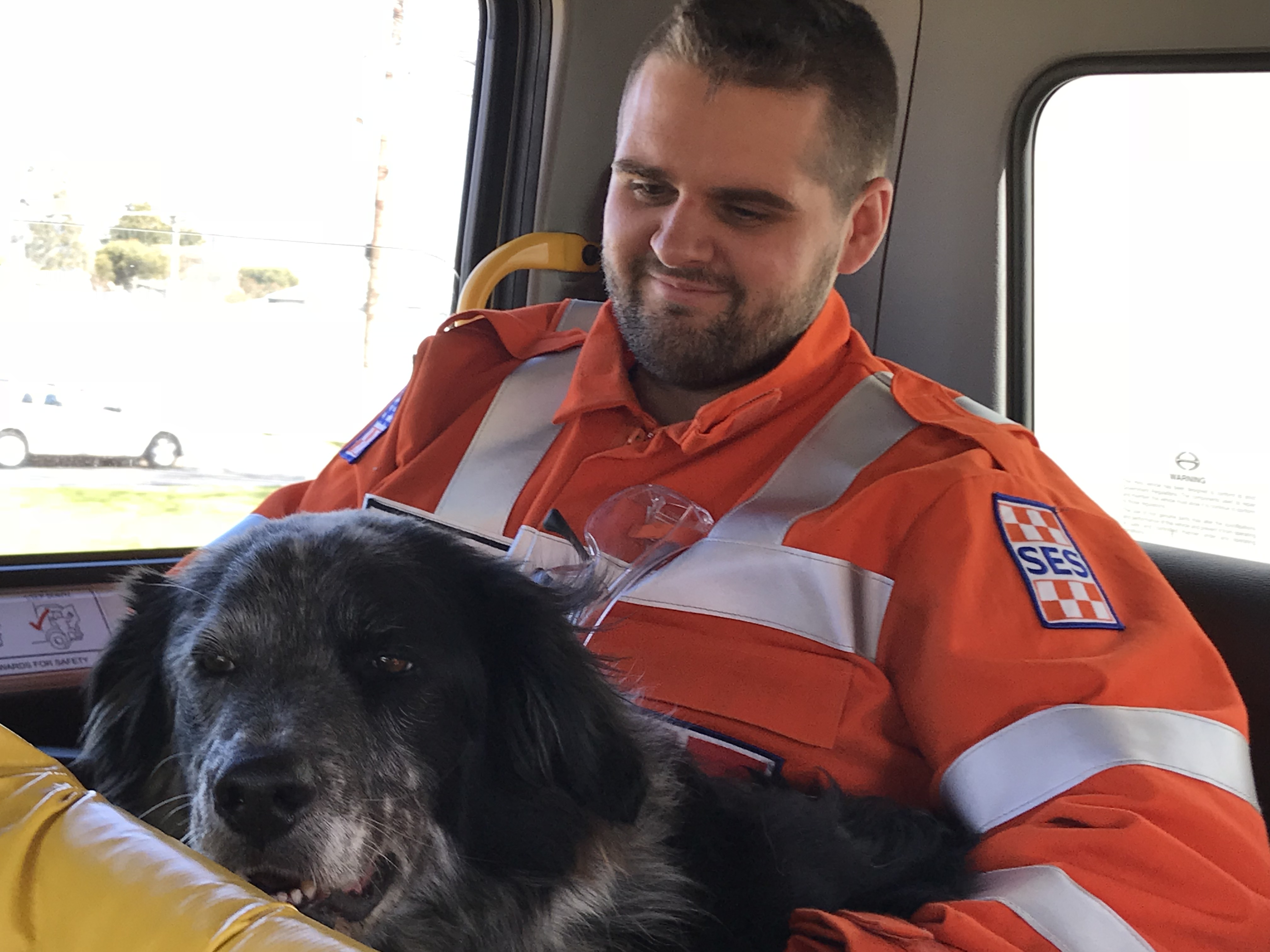