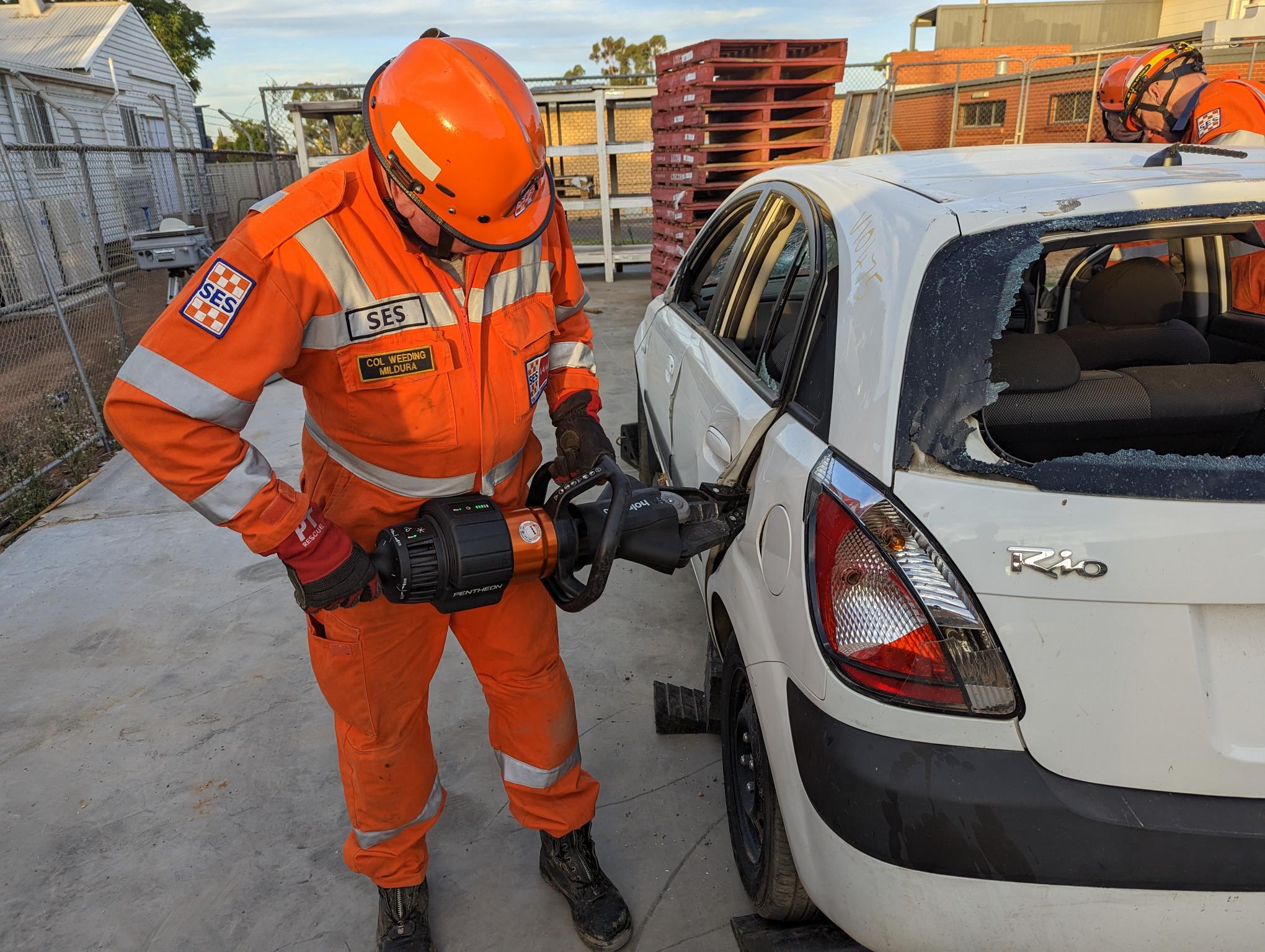 The unit responds to more than 30 Road Crash Rescue (RCR) incidents each year, on average.

On average, VICSES volunteers respond to 1,300 road crash rescues state-wide each year and, in the last financial year, they attended 1,336 road rescues.

The new, lighter, and entirely battery-operated Pentheon tools provide greater range, faster set-up, and a cutting and spread force of 140 tons and 50 tons respectively. can cut through the hardest materials found in modern cars.

They can even be used underwater.

Our new, portable, battery-operated tools ensure faster operating times on scene too, as they are simpler to deploy and operate.

These tools do not require a pump at the end of a long hose - to push oil up the hose - to provide power to the tools.

The new tools are fully encased, so the electric motor can power the hydraulic pump inside the tool, to ensure our volunteers require only three pieces of equipment to extricate the patient: a cutter, spreader, and a combi-tool.

The tools have been known to work at a better operating level when on uneven terrain, or impassable embankments, than non-battery powered equipment. This is because the volunteers are no longer required to unload necessary pumps, hoses, and other fittings.

VICSES Mildura Unit volunteers are the latest to receive training on the new tools with VICSES Bendigo, Morwell, Sorrento, South Barwon, and Sunbury Units having already benefited from the rollout.

VICSES Sunbury Unit volunteers were among the first in the state to use the new tools, attending an incident in February where a vehicle rolled with a single occupant lying on the roof, inside the vehicle.

The tools were used again by VICSES Sunbury Unit volunteers in March of last year, at the site of the recent helicopter crash at Mt Disappointment. The rugged, inaccessible terrain would have made it impossible to reach the site with the old tools.

“These new tools will be of enormous benefit to residents of and visitors to Sunraysia. With no hose attached, our VICSES volunteers can achieve more in less time, even in difficult circumstances.”