Volunteers at one of our newest Victoria State Emergency Service (VICSES) units in Wyndham West, spent an August weekend distributing food to vulnerable residents in the area, been hard-hit by a Covid outbreak.

Nine volunteers in two vehicles worked over two days to reach every family identified by the council as being in need.

Originally run as a satellite of the Wyndham unit, the VICSES Wyndham West Unit serves an area of around three-hundred and forty square kilometres in one of the fastest growing parts of the state.

“While lockdowns, periods of isolation, and restrictions are hard, it’s great to be a part of a community that bands together.”

“They had seven trucks turn up with seven pallets so we were a bit delayed getting out. The Council worked with the State Government and local community to identify families in need of assistance.”

“As the spread of COVID-19 again reached us here in Wyndham, with many families were placed into a mandatory 14 days of isolation. Council quickly mobilised in partnership with the State Government and other stakeholders to ensure no household would go without through this period.

“To date, we’ve delivered 271 food parcels to families in need. None of this would’ve been possible without the support of volunteers, particularly the Wyndham West SES, who helped to deliver these parcels to those in need.” 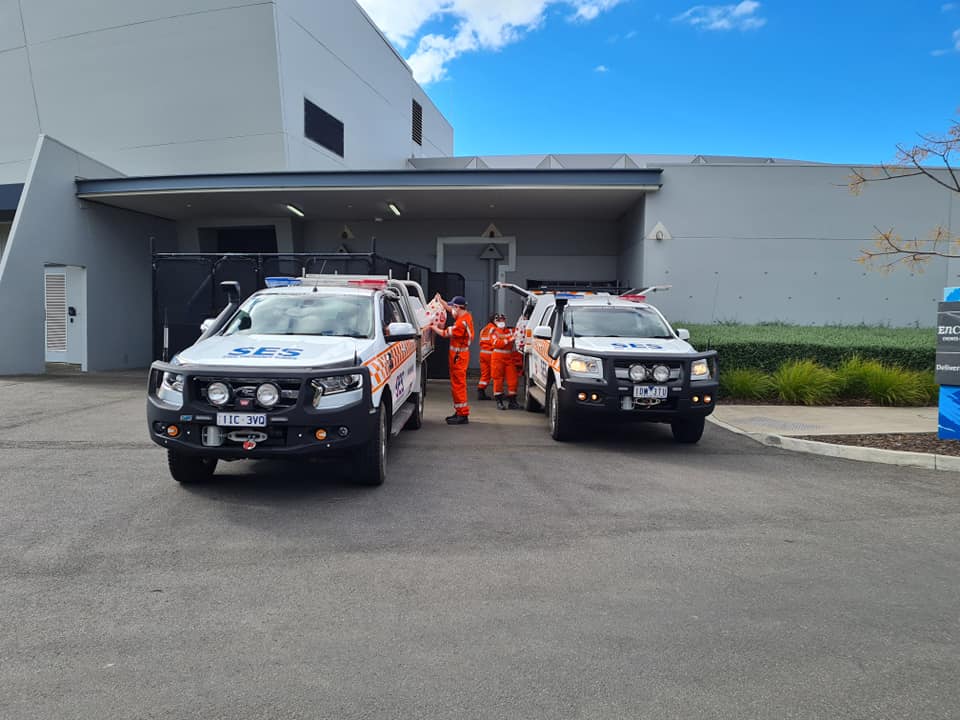