When Rochester flooded in 2011, the odds of it happening again were one in 100. Then last month after heavy rainfall, the town was once again flooded with widespread damage reported.

The town sits on the Campaspe River; part of the  Murray-Darling basin catchment. So, when a major flood occurs, there can be a significant number of homes affected, as well as commercial properties, businesses, schools, and other community infrastructure.

This time around and from the beginning of this weather event, the VICSES Rochester Unit and their a crew of seven, received over 350 requests for assistance from local community members.

No property in the town was spared by the flooding, including the VICSES Rochester Unit facility, and the Rochester CFA Brigade facility.

Unit members, Judith Gledhill and Tim Williams, performed the sector command roles, triaging emergency calls and setting priorities for teams on the ground. The rest of the volunteers worked throughout the response area.

In the days before the flood, unit volunteers fronted community meetings, attended by hundreds of town folk, and readied thousands of sandbags using mechanical fillers, and sometimes just a shovel.

The water level reached about 700mm at Unit HQ when it shorted out the floor-level power board. At the time, the VICSES crew were running two different radios to liaise with boat crews, and divisional command, to rescue people from their homes.

The power cut forced Judith and Tim to evacuate on a fire truck, and set up a new staging post at the sewage treatment plant.

The crews stayed out until dark, relieved by others who continued the rescue work throughout the night. The rescue operation continued the following morning, supported by CFA crews who travelled to impacted properties in their tanker trucks until it became unsafe to do so.

An entire street had to be evacuated in a part of the town that had never been flooded before The VICSES volunteers were assisted by locals in their own boats, with the operation taking about 90 minutes.

For Judith her most memorable moment came two weeks later, at Elmore, as she waited in her vehicle at 4.30 am for a swift water rescue team to reach a couple stranded atop their vehicle. It was then she noticed bubbles forming in the bitumen beneath her vehicle.

Judith and her crew were unable to reach the stranded vehicle as the water was too deep and too fast. The swift water rescue crew, activated from Bendigo, arrived 15 minutes later.

As they waited, they had to move their vehicle three times, advising the Police to leave the scene to escape the rising water.

At one point the bitumen rose in a huge bubble, which rolled away then disappeared.

“I had never seen that before,” Judith said.

“Rochester has never experienced flooding like this, where there was not one dry street.”

“My home was flooded, as were several colleagues, and many of the Country Fire Authority (CFA) volunteers we were working with. We just moved forward with the work and tried not to think about what was happening at home. We were evacuating people, so that’s where our attention needed to be.”

“The spirit of the community has been extraordinary; volunteering their time and resources, and making things happen. We couldn’t be more pleased with the response.” 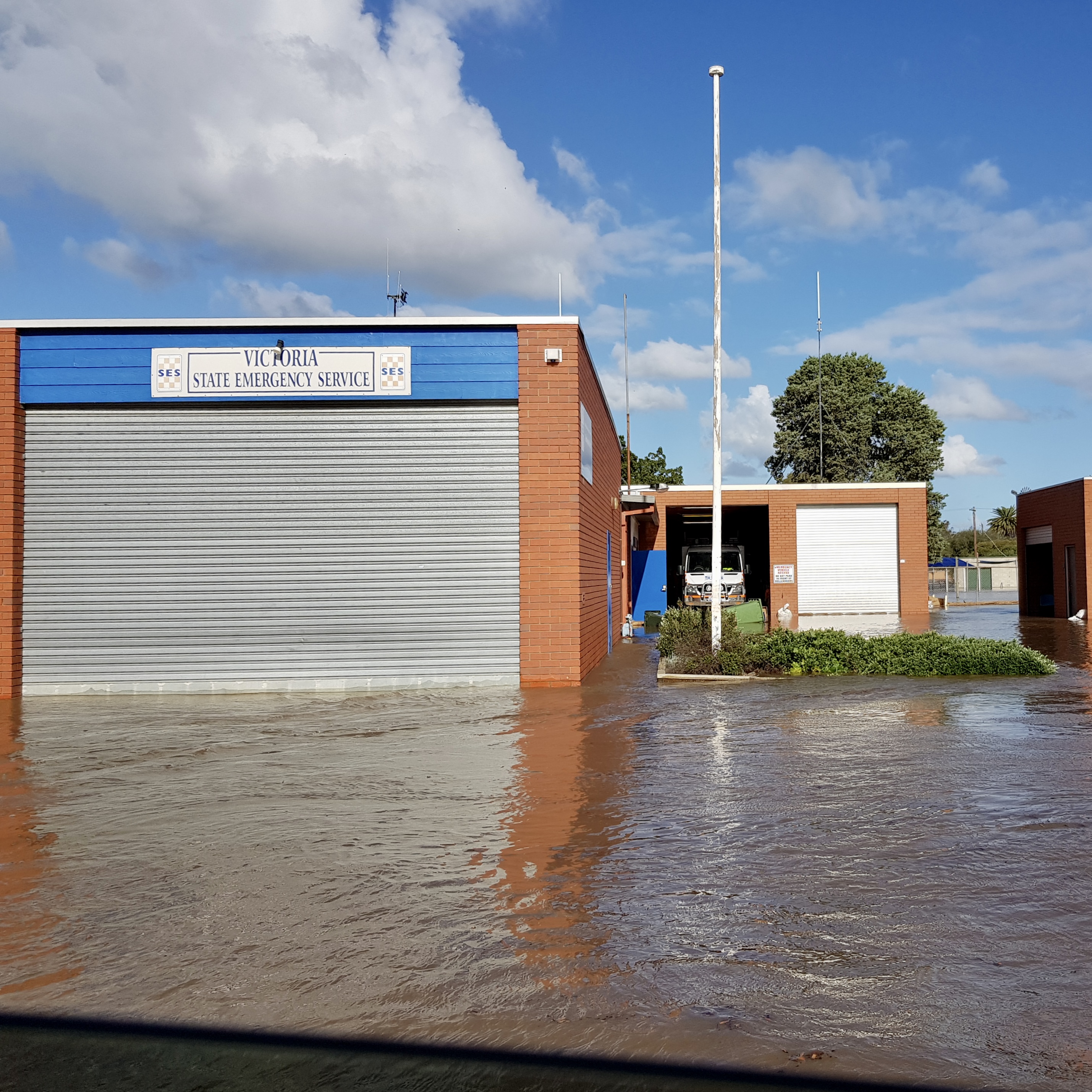